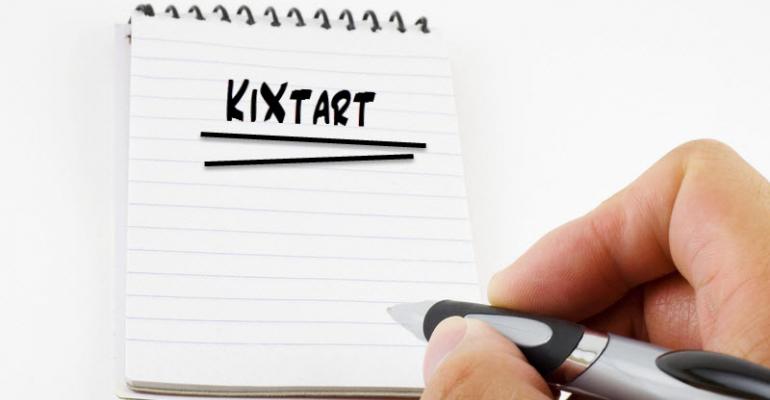 KiXtart provides extensive logging of system errors, such as failure to locate support DLLs, failure to connect to the RPC service, and so on. Doing so will greatly help with the research and resolution of any issues in KiXtart.

KiXtart does not recognize certain commands. Although KiXtart is a free-format language, some literals, such server names that contain a hyphen -can cause errors.

Enclose literals in quotation marks. Errors such as “Label not found” or “Unknown command” appear in an otherwise faultless script.

There is probably an unmatched quotation mark or similar error somewhere in the script.

DLL on the system. The operating system has failed to read code from executable file s because the KiXtart startup drive has become unavailable.

Make sure that you do notin any way, disconnect or re-redirect the drive from which KIX Also, these faults can be caused by antivirus software.

To include quotation marks in a string, either use the CHR function, or enclose the entire string in quotation marks. KiXtart provides a basic debug facility.

In debug mode, a script can be executed statement by statement, the value of variables or macros can be displayed, and you can execute arbitrary script commands. In debug mode, the top line of the screen is used to display the current line in the script starting at the current statement.

Optionally, the second line of the screen is used to display the value of a specific variable or macro. In debug mode, the following keys are available to control script execution: